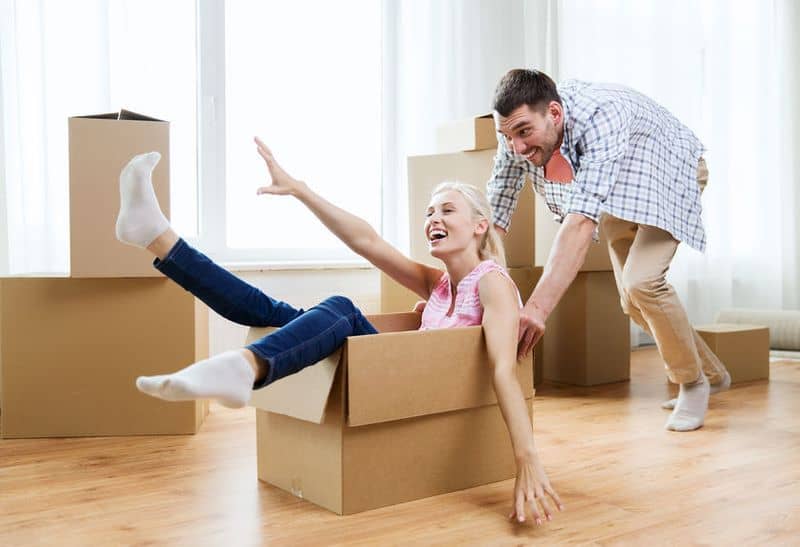 Did you know May is National Moving Month? More Americans will move house between today and Labor Day than at any other time of the year, which makes it a perfect opportunity to share some moving-day trivia!

More than 35 million Americans move house each year, according to the U.S. Census Bureau. That’s about 1 in 10 people! Most of those moves were in-state, with only about 13 percent crossing state lines. In fact, the majority of Americans didn’t move beyond the same county. However, when people do switch states, the most popular route is California to Texas.

Our great state is a top destination for movers and heads the list of best states for local moves as well. Houston and Dallas are both in the top 10 cities for local moves in 2018, and Texas is the top state for net inbound migration, meaning more people move here than leave.

It might seem like a lot of Americans are moving house, but the numbers are actually shrinking. The Census Bureau first started tracking movers in 1948, and that year 20 percent of people moved. Today, homeowners move only half as frequently as they did 30 years ago, and even renters are staying put longer, with 22 percent moving in 2017, compared with 35 percent in 1988.

Unlike other industries, professional moving companies are mostly small businesses, just like Greater Austin Movers. Almost half of all movers have fewer than 5 employees, and less than 10 percent employ more than 100 people. That means when you hire a moving company, you’re supporting local businesses and employees. That’s a big deal because the moving industry is worth $85.7 billion, and created over half a million jobs in 2016.

Most moves are housing-related (48 percent), and the average mover is 18 to 34-years-old with a couple of kids. But whoever you are, whatever the reason for your move, it’s often a stressful business. One study by a British company found moving house topped the list of stressful life events. Hiring full-service movers to take care of the details for you can help ease that stress and make your move go more smoothly, whether you’re moving around the corner or across the nation.

You can also help organize your move with some simple steps, such as packing an “Open Me First” box. Put everything you’ll need in the first hours at your new home into the box, and don’t forget toilet paper, personal care items, instant coffee, and snacks to keep you fueled up and ready to work when you arrive at your new home.

At Greater Austin Moving, we’re full-service movers and can help you with every part of your move, no matter how near or far you’re going. As a family-owned local company doing business in Austin for the past 15 years, we know the area like the back of our hand and go above and beyond to provide a superior moving experience to all our customers. Plus, as you can see, we know all about moving! Contact us today to find out more about how we can help you in National Moving Month and beyond!