May is National Moving Month 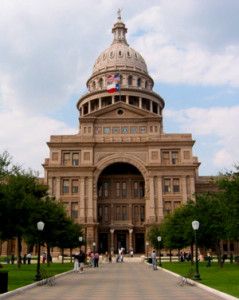 Howdy y’all! I hope this note finds you doing well. As we officially announced our new venture last week, Anthony and I were fortunate to have been invited to attend the National Moving Month Kick-Off on the steps of our beautiful Texas State Capitol on Monday. The timing truly could not have been more perfect as the sentiments and the message delivered that day were right in line with our mission for this company. We are setting out with a well-planned strategy to change the way our customers think about the moving process one GREAT move at a time. We believe that as we deliver on this promise we have the opportunity to positively impact our customers’ lives while simultaneously helping to improve the reputation of our industry. Being part of the festivities that day and having the opportunity to lock arms with other like-minded individuals reinforced our belief that, although ambitious, this goal is both worthwhile AND achievable. 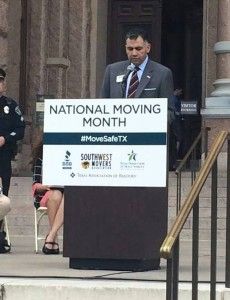 The day’s festivities were sponsored by the Better Business Bureau, the Southwest Movers Association, the Texas Department of Motor Vehicles (TxDMV), and the Texas Association of Realtors. The goal of the event was consumer education. May marks the beginning of the busiest moving season of the year and has thus been named National Moving Month. Statistically speaking, according to the US Department of Transportation, more than 35 million Americans move annually with the majority of those moves happening between May and September. Here in Texas, we are welcoming roughly 1600 new residents DAILY. And, you might be interested to know that of that number almost 10% are joining us here in the great city of Austin!

The recurring theme throughout the presentations was one of consumer protection. I have to say, it felt pretty amazing to be part of a group of advocates there standing together to help educate our fellow, and future, Texans about how to ensure that they are choosing those with the utmost integrity and professionalism during every element of their move. So, in an effort to carry this information forward to our Greater Austin Moving customers we have added a new page to our site titled “Resources”. Here you will find links to all of the information in the TxDMV’s campaign for consumer protection while moving, “Don’t Make A Move Without Us!”.

And here at GAM, we would say that we are big fans of that slogan too as it resonates our passion. Don’t make a move without us either, because we are on a mission to change your mind about moving, one GREAT move at a time!

“Excellent service and accountability are the foundation of our business.”